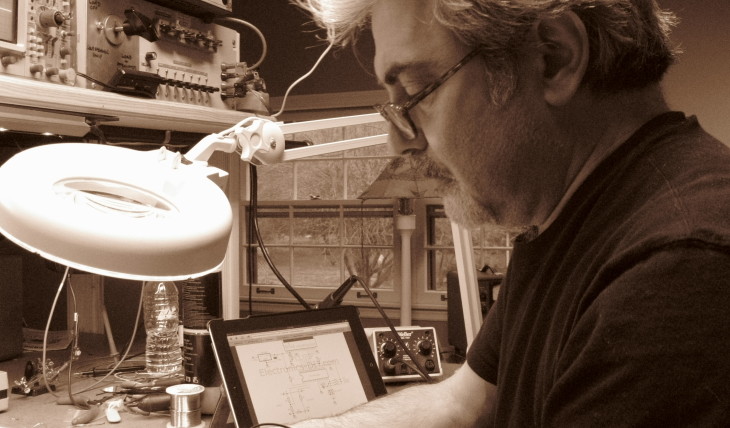 In addition to the bands Todd has been with, he has also worked alongside greats such as Bonnie Raitt, Eric Clapton, Glen Clark, Al Stewart, Rick Braun, Eric Carmen, and Steve Winwood.

Todd’s songwriting achievements include co-writing the top ten hit; “Got a Hold On Me” with Christine McVie (1983), Juice Newton’s “A Little Love” (1984), along with other notable covers by McVie, Mick Fleetwood, Bob Welch, Jeff Healey, Rick Braun and others

Sharp has not only lived a full musician’s life – he has also been into electronics and amplifiers since 1963. Sharp’s Nashville Amplifier Service opened in 1994, providing tone polish for an equally impressive clientele.

“My approach to guitar amplifiers is primarily as a player first, and manipulator of electrons second. I have been playing rock & roll guitar for more than 40 years. I started playing music when I was about 11 but a few years prior to that I was interested in electronics – ham radio”.  I got my Radio Amateur Operators novice license and built my first transmitter in 1963, when I was seven years old. My father, Fred Sharp was not only a really great jazz player but a man of many other interests including ham radio so I had a great mentor as a young lad and we had a rockin’ radio shack in our basement”.

I lost interest in electronics when I started playing music but I always tinkered here and there. It was probably that first AC 30 lured me back. Damn thing blew up so often I had to fix it every third time I turned it on”.  Needless to say I have been playing, studying, messing with, in, about, around and all up into guitar amps for a long time and eventually founded Nashville Amplifier Service in 1994. Myself and my expert team have had the pleasure of providing amplifier repairs, restoration and other technical services along with occasional psychological counseling for a great many of the many greats .”